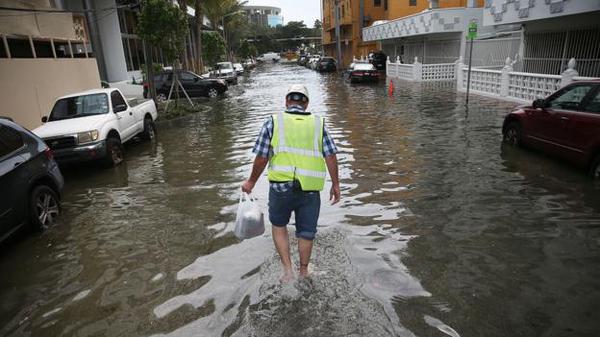 How shorter workweeks could save Earth

We like to blame climate change on industry and big business. But the way we live, work and consume is actually the primary source of emissions. A multi-national study by the Norwegian University of Science and Technology of the environmental impact of consumers found that the stuff we buy is responsible for more than 60% of the world’s greenhouse gas emissions, and up to 80% of global water use. And yet, growing that consumption still further is what economies are built upon... 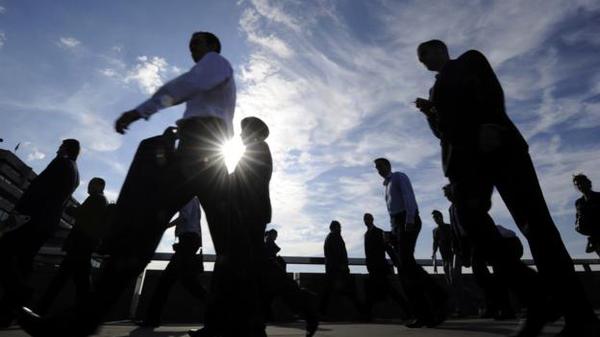 We all know the type. The architects, property moguls and professors, who drive flashy cars and shower themselves with bank notes. Except the truth is, we only think we know their type. Our image of how much others are earning often doesn’t match the reality. While many professionals bring home above the national average wage, are they really as wealthy as we think given the years of student loans they rack up? BBC Capital set out to investigate... 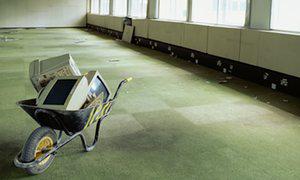 Why leaders ignore new technology at their peril

Business leaders used to get by without knowing much about technology – they had an IT department to deal with that sort of thing. However, technology products and services now pervade every industry, and businesses that don’t understand them are in danger of being usurped. Uber’s impact on the taxi and automotive industries is a case in point. While established manufacturers and car hire firms continued to focus on hardware – the cars and the user experience – Uber’s simple software app linked... 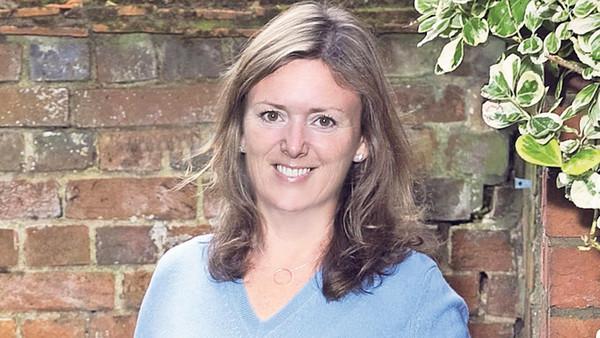 At Work with the FT: Joanna Jensen, founder and CEO, Childs Farm

Joanna Jensen is having to sell her stables. The former horse breeder who left a career in investment banking says her children’s toiletries business “has just taken over my life — I don’t have time to ride”. Her two daughters Mimi, 10, and Bella, seven, are more into athletics than horses, she sighs. She does, however, have her daughters to thank for the new venture — Childs Farm — which began as a homemade recipe to soothe their sensitive skin in 2010. It is now a fully fledged business with a £2.1m turnover in 2015. 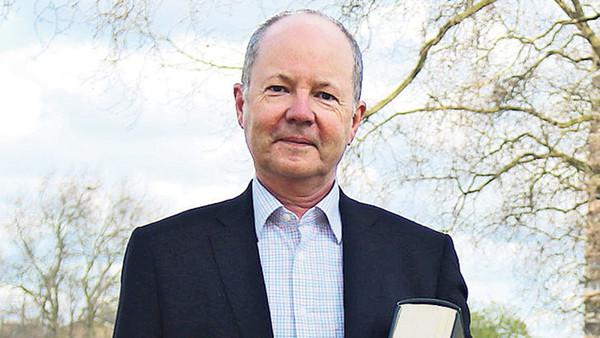 At Work with the FT: James Thornton, ClientEarth

At ClientEarth’s offices in east London, glass walls overlook leafy London Fields. James Thornton, 62, founder and chief executive, is an avid ornithologist, so bird feeders hang outside. The 60 or so lawyers occupied by fossil fuel, fisheries and air pollution law, enjoy fittingly green offices. Mr Thornton, who started the firm from a desk in a one-bedroom flat 10 years ago, greets the FT with warmth, before locking eyes in the manner of a Zen priest — which, incidentally, he also happens to be. 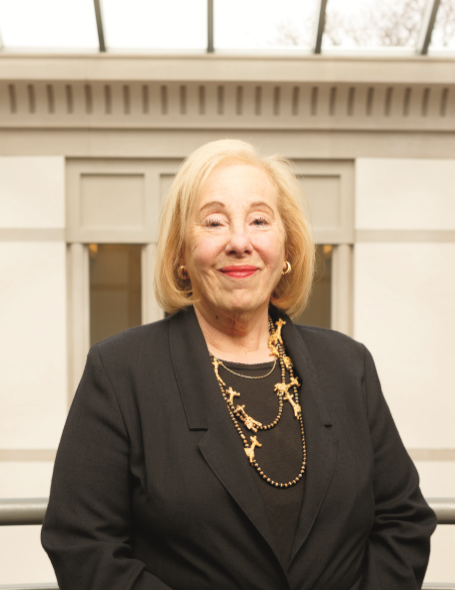 AS ONE OF the world’s pre-eminent leadership experts, Harvard Business School professor Rosabeth Moss Kanter surprised many – herself included – when she tackled transport infrastructure in her latest book, Move: Putting America’s Infrastructure Back in the Lead. A constant business traveller, both nationally and internationally, she found herself delayed time after time by traffi c jams and airport hold-ups. “To move is to thrive,” she writes. “To be stuck is to lack opportunity.” Unsurprisingly, having written leadership books for some four decades, Kanter also has something to say on the subject in Move, notably what happens in the absence of leadership and a lack of coherent direction 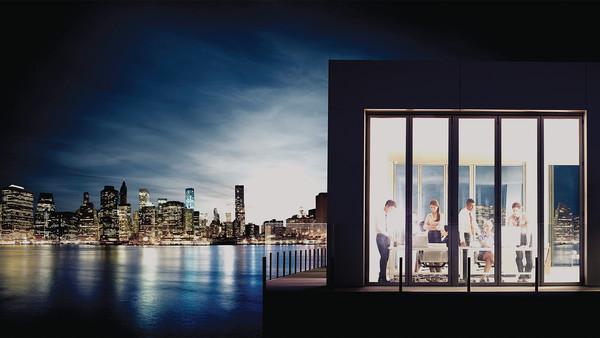 Diversity at the top pays dividends

Does the gender of executives make a difference to business performance? The evidence is mounting that it does. McKinsey, the management consultancy, has published research showing that mixed-gender boards outperform all-male boards. Separate studies found a positive relationship between the diversity of executive boards and returns on assets and investments among Fortune-listed US companies. Sodexo, the outsourcing company, even has data that suggest global companies in which women make up at 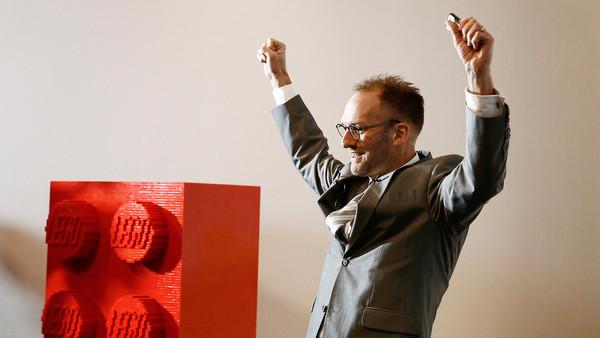 Companies with a reputation for strong employee engagement and creating a happy workplace generate good publicity and cachet for their chief executives. But these companies are finding that what makes a great employer can also lead to business success. In fact, the link between employee attitudes and business performance has been known for decades. A series of influential experiments from the 1930s, known as the Hawthorne studies, showed the impact of improved workplace environments on overall factory outputs. One finding was that reducing the working day by half an hour saw productivity improve. 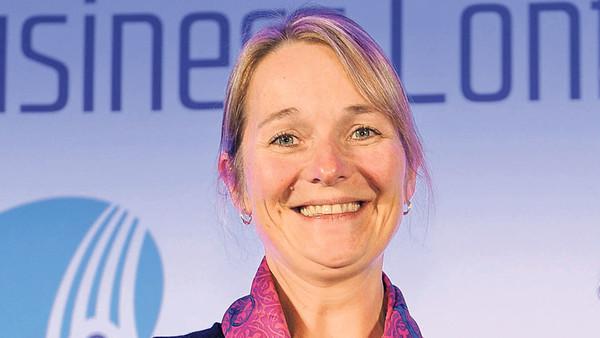 Naomi Climer, president of Institution of Engineering and Technology

As Naomi Climer rose to give her first address as president of the Institution of Engineering and Technology (IET) in May 2015, she looked out on an expanse of grey suits and balding heads. “Standing before you as the IET’s first woman president, I was wondering how to start, so I thought I’d see what the first man president said 144 years ago,” she said 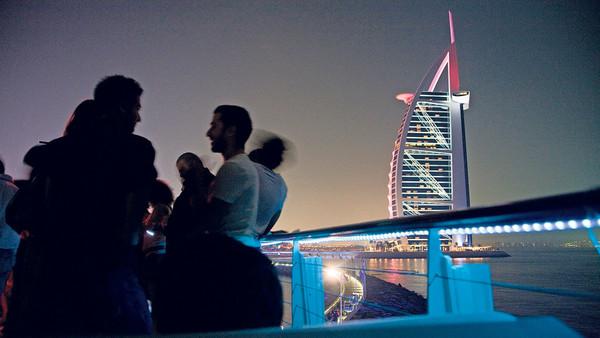 Grace Oh’s first day in Paris was verging on surreal. She had just moved from L’Oréal UK to the company headquarters to become senior marketing manager for Asia-Pacific. She now had 14 national teams to deal with and markets to learn — 15 if you include France. And her first task was to decide on the desired “click sound” for a range of lipstick tubes. Presented with an assortment of clicks: “I then had to brief the factories as to the specific sound I wanted . . . I thought this may be part of some initiation ritual!” (It was not). 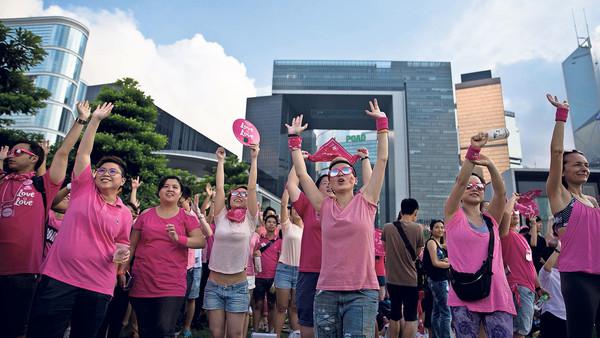 A large company hosting an LGBT recruiting and networking event is so unexceptional now it has become the norm. However 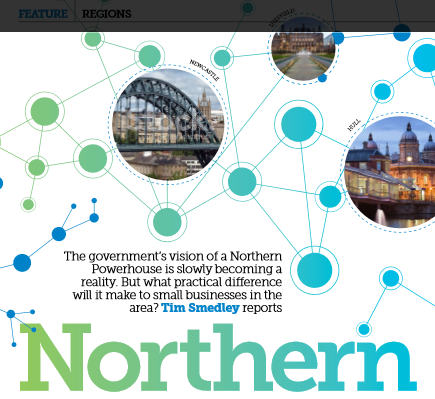 It was only just over a year ago that the Chancellor, George Osborne, first announced his plan for “a Northern Powerhouse”, designed to forge closer links between Greater Manchester, Liverpool, Leeds, Sheffield, the North East, Hull and the Humber, so that “combined, they can take on the world”. The pace of the Northern Powerhouse scheme has been hectic. But what exactly is it, and what could it mean for small businesses? With a population of 11 million contributing to a quarter of UK’s economic output, Northern England’s gross value added (GVA) is larger than that of Scotland, Wales and Northern Ireland combined. If it were an independent EU state, it would rank ahead of Sweden. 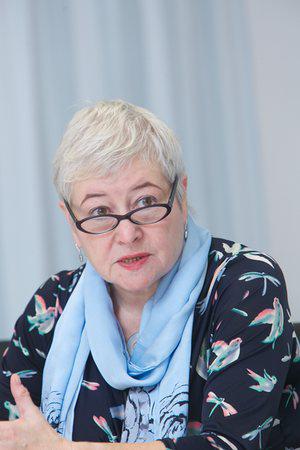 With the UN Conference on Climate Change (COP) in Paris just days away, a global strategy for reducing carbon emissions is tantalisingly close. For any such agreement to work, however, it must include a transition from high-carbon, fossil-fuelled energy production... 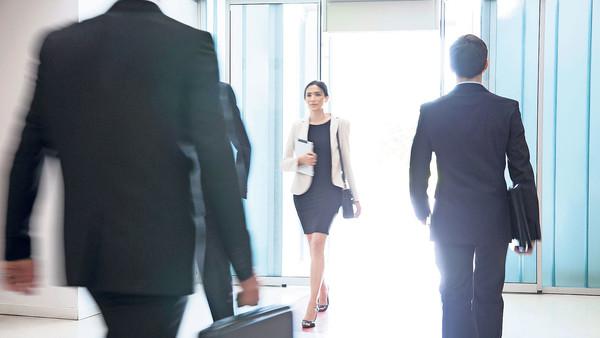 Women in leadership roles — the west finds itself outshone

The EU likes to think of itself as socially progressive. Women in senior management positions in member states now total.. 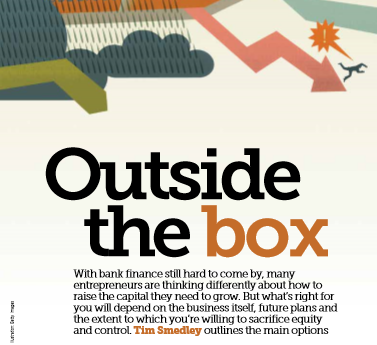 Despite constant pressure from the Chancellor, George Osborne, high street banks remain stubbornly reluctant to lend to small businesses. For the first time, the rejection rate for small and mediumsized firms now stands at around 50 per cent, according to research by the Treasury and the Department for Business, Innovation and Skills (BIS). However, there are two areas of small business finance that actually grew between 2012 and 2014, by 401 per cent and 250 per cent respectively: equity crowdfunding and peer-to-peer (P2P) lending. 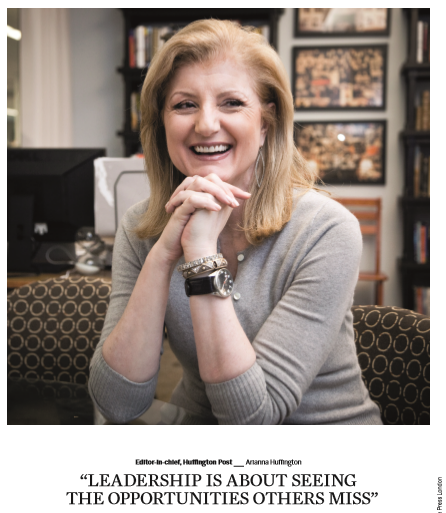 When the stress and long hours of launching and running her media empire caused her to collapse at home, breaking her cheekbone, Huffington was forced to radically reconsider the relationship between work and wellbeing. Now a leading advocate for workplace wellbeing, Huffington had recently attended the funeral of a friend when she spoke to Work. “After the ceremony all of us were asking ourselves the question – why are our résumés so different to our eulogies? Why is the time we spend during the day prioritising the things that we consider important, so different to the values that people remember us by when we die?” 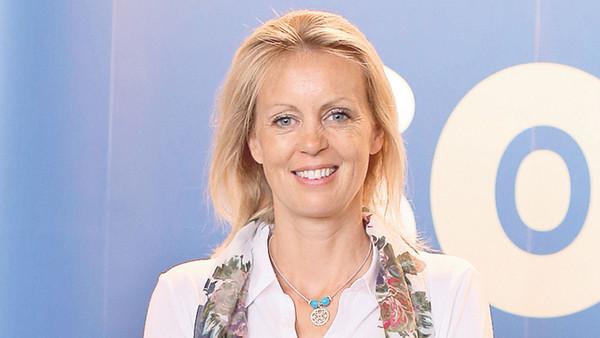 When Anna Cook left her childhood home near Geneva to study in the UK, she never imagined she would one day return and work for her father’s employer. Her father was an engineer at the European Organisation for Nuclear Research (Cern, its acronym survives from its earlier name Conseil Européen pour la Recherche Nucléaire). It is the world’s largest particle physics research centre and home to the 27km Large Hadron Collider (LHC) housed in a tunnel that straddles the Franco-Swiss border near Geneva. Ms Cook, now Cern’s head of recruitment, had a passion for biology, not physics... 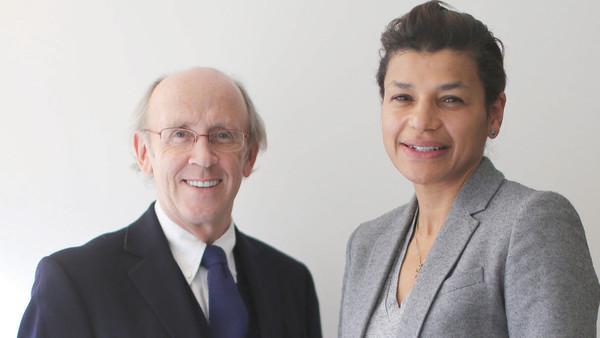 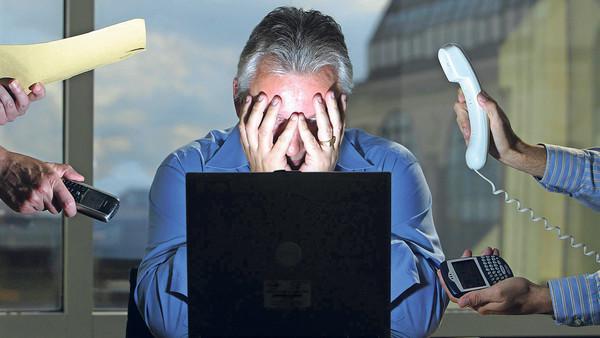 We need to talk about mental health

When Peter Rodgers, deputy-general counsel at KPMG International, checked in to a private London hospital for depression... 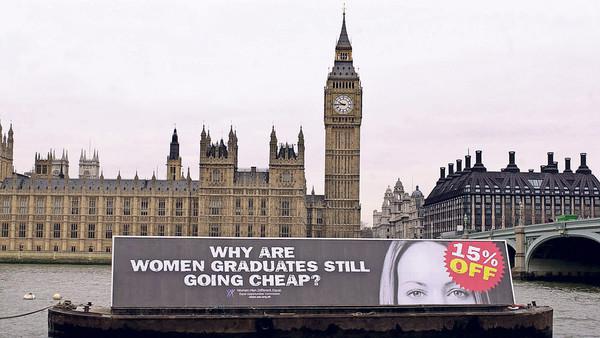 The gender pay gap in the UK stands at 19.7 per cent. In effect, this means that women in this country stop earning anything in relation to men on Tuesday, November 4. The date may vary, but the phenomenon is the same in every other nation in the world. No country sees women paid as much as men. The International Labour Organisation estimates that the average global gender pay gap now stands at 23 per cent.
Load More Articles
Close ✕